Who Am I And How Started My Internet Marketing Journey?

“Hello, Guys! My name is Ram Rawat. I’m from India.

Last 3 years of my life were more like a running train with NO stops.

I was in Automobile production department. Only thing I learned there was Microsoft Excel… My office was a production plant around 40 kilometers away from Pune City. My office hours were from 06:25 AM to 5:25 PM ..and extended work hours to 7:45 PM.

Find any person in vehicle manufacturing in India and ask how long they spend time in office?… You’ll get your answer.

The real thing I learned…”You won’t reach where you want to be until you won’t leave where you’re.”

So I decided to go for my Masters in Germany. I wasn’t a rich guy who can afford foreign education easily…So I decided to generate some online cash for my small expenditures in Europe. SO that I wouldn’t have to do part time job over there.

Once the admission got confirmed. I decided to start working on CPA to generate a small source of income.

The Struggle in IM began when I was supposed to leave for Germany for my higher studies.

My flight tickets were already booked…And my family visited me to wish me well. There were 2 days left before I was supposed to catch my flight from Mumbai Airport…

…And a family reunion was interrupted by a phone call from the German Consulate.

There was an issue with the photograph on the passport. A watermark was there on the photograph and the authorities held my visa and told me I cannot go to Germany until I get a new passport…But I couldn’t get the new passport on time.

And my Master’s plan was screwed up! I literally cried for 3 days.. 🙁

I had NO IDEA what I was gonna do next! I already left that stupid job…which was paying me hardly $700 per month. Only hopes left were on IM business. I already started with CPA..and struggling for months..and investing my complete savings from Last 3 years in General Motors.

I was broken a lot of times…But it was the only path I knew…So I kept going..I met Gaurab Borah, an elite figure in IM and then he consulted me…Boosted my confidence…

And eventually, I came up with a super formula to rule CPA business with Bing Ads. Then I made my first course – ‘CPA LIST DOMINATION’, which helped a lot of people getting started with online income.

But still, the only thing I had in my mind to generate easy cash like big elite marketers like Gaurab, Tom, Stephan Gilbert, and Michael Cheny were doing.

And then I jumped into Affiliate Marketing to earn FAST CASH! But Initial steps were very difficult.

To learn, I started contacting a few big Affiliate Marketers. And I got – Rejected! Neglected! and Hopeless replies! Bought a few courses and took a few steps…All these programmes talked about how to set up the system, but NONE shared their EXACT system…”

Most of the internet marketers don’t want to show their secrets. – BITTER TRUTH!!

They might just share what is already out there. But what I needed was some concrete business plan with results or a system on which I can rely on. And while learning bits and bits of affiliate marketing, I lost a lot of money on setting various funnels to generate a list…

Every penny I spent for making the list was reflecting in the no. of subs in my AWeber account, but very few conversions.

I was making the list but…NO CONVERSIONS! :/ That is when I realized something VERY BIG! something VERY IMPORTANT!… My subs were not at all interested in buying things which I wanted to sell.

Even my old list of “how to earn online” niche was NOT at all responding for digital info products from platforms like Warrior+Plus, JVZoo or ClickBank. And I knew! I needed a fresh list…A list where people would only be interested in buying info products…And buying AGAIN and AGAIN!

That was the dream I had when I took my first steps in affiliate marketing…I knew It is the BEST & FASTEST Method to make online income.

So I decided to keep going!… There was NO CHANCE of not trying.

For making a good buyer’s list, I tried setting various funnels. After researching on various platforms and forums.I brought the traffic through 3 Secret & Effective Sources. Again visitors were flooding on my website. But this time people who are really interested in buying such products!!

After continuously testing & spending hundreds of $$$, I came up with my super converting funnel which took me from $10 a day to $100 a day along with list building formula.

I had found this GOLDMINE! This SUPER FUNNEL which is converting like CRAZY with 3 Awesome Traffic Sources, that keeps bringing potential buyers continuously.

“And within 10 days, I made a list of 1026 hungry subscribers along with easy $100 a day in affiliate commissions EFFORTLESSLY.”

After that I hadn’t spent a penny in this system..It has become an EVERGREEN System to generate at least $100 every day.

“Now ONLY ‘MONEY INVESTMENT’ I make in this system is by paying my Autoresponder Monthly Fees. And now the system is on Complete AUTOPILOT!” “And ‘TIME INVESTED’ is like hardly 30 minutes and that too to write a mail.”

I Applied the same strategy with High Commissions offers and tried some top email marketing techniques and Recently I reached $722.31 a Day.

And that’s when my high converting funnel gave me AWESOME results, which I was hoping to get when I started with Internet Marketing.

Now I only pay for my autoresponder subscription fee. That’s it!… It’s the ONLY monthly investment I make.

Believe me! Imagination is the key here.

“Hello, Guys! My name is Ram Rawat. I’m from India. “Four years back I was working for the famous Automobile Industry – General Motors India 14 hours a day and I was earning just $700/month. It’s TRUE!”

Working in Internet Marketing since last 4 years has turned my life around. From $700/month to $700/day…Read my full story here
I am into the traffic optimisation. I have been working on lot of sites and discovered various tricks to bring the cheap traffic to grow the business. 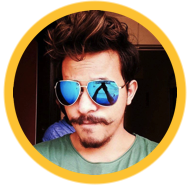